Inside Out Painting has been painting Cranford, NJ 07016 for over 10 years. We can provide many local references for our work. 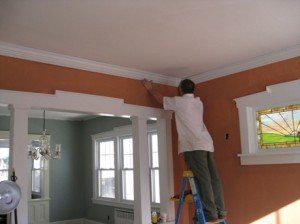 Cranford NJ is a township in Union County, New Jersey, United States. As of the United States 2000 Census, the township population was 22,578. Cranford Township unfolds from the banks of the meandering Rahway River and has been dubbed the “Venice of New Jersey”.
New Jersey Monthly magazine ranked Cranford as its 37th best place to live in its 2008 rankings of the “Best Places To Live” in New Jersey.

The owners of Inside Out Painting have close ties to Cranford NJ as that is where there family grew up.

Through recommendations and referrals Inside Out Painting has a large presence in Cranford, both painting houses and doing deck restoration.